Virtual Reality stands for immersion in a computer-generated reality. The special thing about it is that it is possible to interact with the virtual environment and not just be there as a spectator. While technology a few years ago was only used in certain areas such as B. has been applied to pilot training in aircraft simulators, it has recently gained increasing acceptance in broad sections of the entertainment industry. But virtual reality is also becoming more and more interesting for other areas and is about to make a breakthrough.

In a certain way, a conventional video game also creates a virtual reality, since the player there too moves superficially with a gamepad or other input device in a simulated world. But the term virtual reality is strictly linked to VR glasses because the user no longer looks at a monitor, but sees the generated world directly in front of them. The feeling to exist in this world, to move in it and to be able to influence things, marks the big difference to the previous simulations.

Experience games in a completely new way in simulated worlds

There has been a lot of hype around virtual reality in the video game industry in recent months and years. At every game fair, the VR glasses were the crowd puller and the gamers were curious to experience the technology for themselves. With the help of the glasses, the players enter a virtual reality and are completely surrounded by it. The image section is determined by the movement of the head – just like in “real” reality. Thus, depending on the game, users are live in chases or fly through breathtaking expanses of space. With virtual reality, gamers are part of the action and the intensity of the gaming experience increases many times over.

Filmmakers have also discovered virtual reality for themselves. Although the viewer cannot influence the plot or move around in the depicted world, for example, he determines the image section himself and has to choose between different options in exciting action scenes – where should he look first? The car rushing up from the left or the big explosion on the right? The 360-degree films pull the audience much more under their spell. Virtual Reality makes the action tangible and gives you the illusion that you are there live. This is why technology has the potential to change the world of cinema as we know it in the long term.

But there are also many possible fields of application for virtual reality outside of the entertainment industry. In medicine, for example, the neurosurgeon can inspect the 3D model of a brain and thus prepare in much greater detail for the upcoming operation. VR glasses also offer many interesting new possibilities in therapy. It is already used, for example, to treat depression , anxiety disorders or post-traumatic stress disorders. Another example is treating autistic children, where virtual reality has been shown to be extremely useful. Motor skills are trained, among other things. In the future, virtual reality will cover many other fields in medicine.

Short for VR by abbreviationfinder, Virtual Reality has huge potential in countless areas of application: For example, the architect can use it to take the building owner on a virtual tour of the building before construction begins. The technology will establish itself in our everyday lives in the medium term and bring many advantages. But virtual reality also harbors dangers that should not be ignored. The experiences with VR glasses are much more intense and authentic, which is why scenes with violence also appear much more threatening and can lead to feelings of oppression. It is particularly difficult for children to separate reality and simulation from one another. However, if the technology and content are handled carefully, virtual reality represents a real paradigm shift. 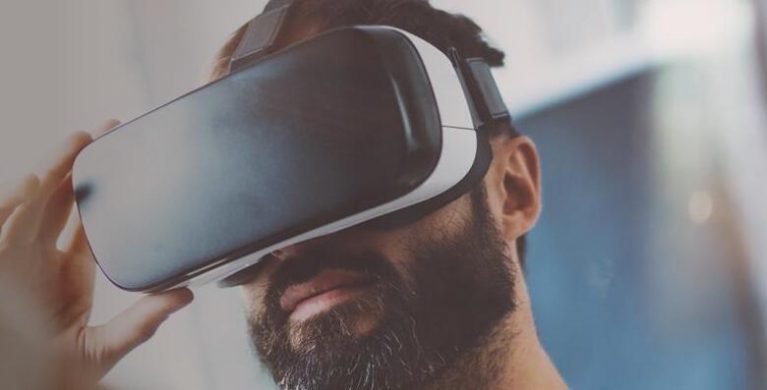